The most glaring part of Kaitlyn and Ian’s conversation at the beginning of this episode is the bald spot that is shining and shimmering on top of Ian’s head. The first of Ian’s genius moves at the rose ceremony is to question Kaitlyn’s intentions. He doesn’t stop there though, because next he calls her a superficial person. Rounding out his trilogy of brilliant boyfriend moves, Ian calls the girl “surface-level.” After getting this off his chest Ian storms off and leaves the show. But, honestly, I think he’s got bigger problems than this show. He is dealing with a serious case of male pattern baldness right now. He has a lot on his plate.

The boys are dropping like flies. As Ian walks off he claims he is “too deep a thinker” and “too sincere,” for the people on this show. Who exactly was he expecting to meet on this show? Philosophers? Past contestants have included a “Pantsapreneur,” a “Healer,” and a “Dog Lover.” Are you expecting Einsteins? Also, let’s not pretend like your Ivy-League pedigree makes you any better than the rest of the guys. It just doesn’t. Just no. I particularly appreciated the part of this episode where he called Kaitlyn out for having too much fun on the show. At least I think that is what he was mad about. I was a little distracted by his giant ego to pay attention to the words coming out of his mouth. Well, Ian is taking his show on the road and our minority count is now down to 0. Yep. Zilch.

Of course, Nick V. goes up to comfort Kaitlyn after her difficult talk with Grandpa Ian. And I should say here, I know that it’s easy to be charmed by Nick V. It happened to me last year. But seriously, he is an asshole. Somehow, throughout the whole conversation, Kaitlyn fails to notice that Nick is wearing beaded hippie bracelets on his wrist. Nick is pulling some straight up Tony “the healer” bullshit. Well, he can use those beads to channel his inner zen all the way back to Minnesota. I will continue to hate him with the fiery anger of Carrie Underwood in the Before He Cheats music video.

Kaitlyn talks to the boys about Ian leaving and then Chris Harrison pulls her away so that she can start the rose ceremony. Is Chris Harrison even still hosting this show? Because every week more and more drama erupts in the house and somehow I see less and less of Chris Harrison each week.

The boys head out to the site of the Alamo where the rose ceremony will be. This rose ceremony will heavily feature cannons and flags. Shocker, Joshua goes home. Also a casualty is Justin, who you might have forgotten was on the show. I certainly did. And as we listen to Joshua complain about leaving the show, the boys cheer in the background and celebrate their upcoming trip to Dublin.

So The Bachelorette is headed to Dublin, Ireland. Because you know what is really missing from this ticking-time-bomb of a season? More whiskey and some Irish dancing. The boys enter into what I can only assume is the nicest Marriott in the entire world, ready to explore a new country. All of the boys roll their eyes and scoff as Nick gets the first one-on-one date. Kaitlyn and Nick head to a giant park in Dublin called St. Stephen’s Green. Nick decides, genius move, to wear a pair of tight green pants and you can almost start to see him blend into the grass. If you squint, you can almost pretend like he doesn’t exist.

Nick and Kaitlyn dance a traditional Irish dance in the streets and Nick looks like an absolute fool. The little tourist girl in the background who is videotaping his performance does not look amused. Then they go to dinner inside a church and make out in the cathedral, in the presence of God might I just say. Kaitlyn says that she loves spending time with Nick and that he makes her “forget that there are other people and cameras.” This entire show is about other people and cameras. You signed up for it. That is literally the premise of the show. Ugh.

Everyone watching can kind of tell where the show is going right now. Nick and Kaitlyn are headed back to her apartment to “get to know each other better” if you know what I mean. She’s going to let him into her “fantasy suite” in more ways than one.

Flash forward to the next morning, where Nick skulks (did I spell that right?) off from Kaitlyn’s room. As he walks away his clothes look just disheveled enough to imply that he got some action the night before. Way to go, Bachelorette producers. Way to go. Cut to Kaitlyn who is crying on the balcony. Rightfully so, bitch.

There has been a lot of drama surrounding Kaitlyn’s decision to bed a bachelor prior to getting to the fantasy suite. And the world splits pretty evenly between people who think Kaitlyn has every right to sleep with whomever she wants, people who think that she is a total slut, and people who don’t watch the show and couldn’t care less (that last group is by far the largest). And I’m not trying to slut shame her, she can do whatever she wants in her personal life. But she just screwed over a bunch of cool guys, and for that I think she should really feel shitty about herself.

Nick goes back to hang out with the boys and brags about his date with Kaitlyn. Little do they know. The cameras keep panning back to Kaitlyn on her balcony who appears to be talking to herself: “Has this ever happened on the show before?” “What is wrong with me?” Oh, Kaitlyn, it would take way too long to answer that question. It is possible that there is someone off-screen whom she is talking to, but to be honest she looks like a crazy person.

The next group date is for my favorite six guys on the show, and they are all headed on a date to a traditional Irish wake. At this point you might wonder, did Kaitlyn finally “go curl up and die” like I have been wishing for her to since the second week? But she didn’t. For this date each of the boys will give a eulogy for her. All of the boys kill it (especially my boy Shawn), and at the end Ben Z. clears the room out to give a private eulogy. For those of you who have forgotten, Ben Z.’s mom died when he was really young and he is taking this date really personally. 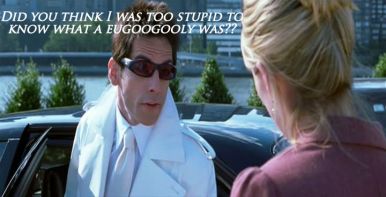 The boys sing an Irish jig at the end while drinking Guinness and whiskey. The after party is at the Guinness Storehouse, which is giving me minor flashbacks to my abroad trip this past Spring. Ben Z. and Kaitlyn go up to the Gravity Bar at the top of the Storehouse to talk more about his mother who passed away. Jared and Kaitlyn share a moment at the Gravity Bar also, but seriously, WHERE IS SHAWN B?

Finally, Shawn B. and Kaitlyn head up to the part of the Guinness Storehouse where they get to pour their own Guinness’s. Shawn takes this time to show Kaitlyn photos of his family and to let her get to know him more. Normal date stuff.

Jared gets the group date rose and goes off to spend some more one-on-one time with Kaitlyn. They once again head for a church (the most romantic place in the world? Ehhh, I’m not sold) where candles lead them down an aisle to a band playing for them. Honestly, we are only one minister away from being done with this season once and for all. I’m so pissed at Kaitlyn that at this point I really wouldn’t mind if a marriage officiant just popped up from behind the drum set and wed them right now.

Back with the guys, Shawn admits to a producer that Kaitlyn had told him that he was “the one” during some private time alone together. He seems really upset by her choosing Jared over him for the group date rose, and he hasn’t even heard about Nick yet. After having a real heart to heart with some random producer, Shawn heads to Kaitlyn’s room to talk to her. You can always tell the true surprise visits on this show based off how bad the bachelorette’s hair looks. Kaitlyn’s hair is a hot mess. And this is where the episode ends.