This post is going to be a little shorter, I hope, because I have much less interest in what the boys have to say this season. Or any season. I really don’t love watching a bunch of boys in a room shit-talking some girl. I am excited to see Chris Harrison host a show again. This is the most airtime Chris Harrison will get all season. You get to see C.H. do 80% of his work each season all in a 2 hour episode.

As a small side note, I will probably be watching Bachelor in Paradise because I really can’t let go. (And the season looks hilarious. J.J., Jared, Tanner, and Jonathan??) That being said, I won’t be blogging about it. If you’re interested then you can seek out my opinion the old fashioned way. Just ask. I can guarantee you that I’ll have opinions.

Back to the show. The greatest part of the montage of clips from the season is that you see all the men that you haven’t seen in six weeks and that you probably never wanted to see again. There is Arrogant Ian, Drunk Ryan, and Tony the Healer. Tanner confronts Ian about what he said to Kaitlyn when he left and Corey (who is Corey?) defends Ian saying that Kaitlyn was fake. Gotta love Ben H. who joins in by questioning Corey, “How long were you on the show?” Game, set, match. Ben.

Then I’m pretty sure Ian jumps out in front of the boys to get down on his knees to apologize to Kaitlyn’s mother? … 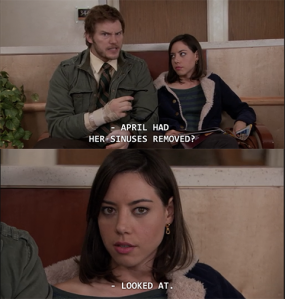 After the commercial break, we get down to the good stuff: J.J. and Clint. The boys all jump down their throats about their exclusive friendship/bromance.

Next Chris brings down Bachelors one at a time to open up about their experiences on the show. First up is J.J. And at the risk of sounding rude, (I’m pretty much always being rude on this blog), who cares? Chris Harrison pulls up Ben Z., who I am slightly more interested in. Emphasis on the word slightly. Chris Harrison finishes up with Jared, the real champ of the whole season. Jared was hands down the nicest guy on that show. Jared talks about Kaitlyn and how songs remind him of her, and I’m tearing up a little bit.

I do have to thank Chris Harrison for giving Jared the push he needed to finally shave his beard. I don’t know how he did it, but I was about to send a box of Gillette razors to Jared if he didn’t take care of it soon. (Don’t worry, I have Amazon Prime.) So maybe you aren’t absolutely worthless, Chris Harrison.

Finally Chris Harrison announces that Ben H. is coming down to talk. THANK GOD. I already miss his beautiful face and it’s only been a week. Ben and Jared are definitely both better guys than Nick and Shawn combined. Like, way, way better.

C.H. finally brings out Kaitlyn and Kaitlyn’s opening line is, “Ryan, what’s up?” Yeah, finally she asks the question I’ve really been wondering about: What is Ryan M. up to? C.H. reads some threatening tweets that Kaitlyn has received. The boys are shocked. I’m less than shocked. People out there in the world are awful. They just are. I know I’ve criticized Kaitlyn a fair amount, but this is getting a little out of control. Everyone lay off the girl.

Kaitlyn and the boys start discussing the tricky Nick-y situation. They are all a little pissed, but Kaitlyn seems pretty sincere in her apologies to the guys for how it all went down. Broken record, though. Ian apologizes to Kaitlyn in person. This all might be too much. If Ian would just get off of television and get out of my life forever I would be super grateful.

The show ends with a blooper reel that really highlights the ridiculousness of the season and to be honest this whole entire show. As a last note, I totally agree with Kaitlyn on the birds situation. Birds are terrifying. They are. They come out of nowhere and they have no respect for my personal space.

That’s all for this week. Check back in next week for the blog post about the finale. Who will get the final rose? I’m on the edge of my seat. (metaphorically of course)

One thought on “What You Missed on This Week’s The Bachelorette: The Men Tell A Few Things”