Just so that everyone knows how ’round the bend I have gone, I am officially dreaming about The Bachelor. I had a dream Sunday night about this week’s episode. (For those who are deeply curious, in my dream they were all on a group date at this haunted hotel and Amanda wasn’t there! It was just Caila, JoJo, Lauren B., and Ben. What does this mean? I’ll consult my dream journal and get back to you.)

This week’s episode opens on Ben walking down the beach in Laguna Beach, there to visit Amanda in her home town. Unrelated, but does anyone else miss Laguna Beach as much as I do?

Kristen and Stephen 4 lyfe! I’m sorry, let me try and focus on one reality show at a time. Back to The Bachelor.

Amanda attempts to give Ben an idea of what her two daughters are like before he meets them. Does he seem ready to meet them? Based on the optimistic but slightly panicked look on his face, I’m not convinced.

When the two children run on the beach to meet Amanda, she is crying, they are crying, Ben is crying. Basically it’s a big sob fest the likes of which we haven’t seen since Emily left last episode. (Was that really just last week?)

Honestly the daughters don’t seem super thrilled to meet Ben. They didn’t want to shake his hand or even talk to him at first. But I guess that’s okay. As a child I spent the majority of my first and second year crying at the sight of everybody. And I mean everybody. So as far as I’m concerned these girls are pretty ahead of the curve. Let’s just chalk it up to camera-shyness. After all, we can’t expect every child to be a Mary-Kate or an Ashley.

Luckily, Ben gets them to warm up to him a little and he helps them fly a kite and build a sandcastle. A fun day at the beach was had by all! But let us not forget that Ben still has to meet and impress the rest of her family. In the car on their way over to Amanda’s house the girls begin to cry, giving Ben his first big taste of what fatherhood would be like. From an outsider’s perspective, he doesn’t look ready at all. Like he looks about as ready for parenthood as I am. As in, not ready at all.

Amanda’s family expresses their concern that Ben might not be ready to be an “instant dad.” And on this one, I have to agree with them. He’s one day in and Ben already looks exhausted. When Amanda and her mom talk about her divorce and her children she begins to cry. But once again, Amanda is making it very hard to make fun of her. She’s too nice, I can’t laugh at her. That being said, it’s pretty clear she won’t be making it through to the final two, and the further she gets into the show the more emotionally invested she will be. Now’s as good a week as any to let her go, Ben.

Amanda tells the camera that she is beginning to fall in love with Ben and that she would feel totally heartbroken if he sends her home this week. Oh, boy. Her whole talking head starts to get me a little worried because I really can’t see her making it more than one more week.

Thankfully it’s time for Ben to visit my girl Lauren B., a native of Portland, Oregon. Lauren gives Ben a tour around downtown Portland where they get to try out some food trucks and hang around the city.

Lauren: “Today I feel like I’m hanging out with my boyfriend, eating food.” Um, that’s exactly what you’re doing, Lauren.

Lauren takes Ben to a whiskey libary (she pronounced it that way, I swear), and they have a heart-to-heart in front of a fire. They talk about feelings (or something, I honestly wasn’t paying full attention), and afterward Lauren brings Ben to her home for a family dinner. Before long, Lauren’s sister pulls Ben over to get the low down.

As Ben tries to answer why he loves Lauren, he starts to tear up. I am absolutely going to lose count of how many times he cries this season. A few more of these dates and Ben is going to have Puffs after him for an endorsement deal.

Lauren cries too when she sits down with her sister and admits that she is in love with Ben. Simultaneously, Lauren’s dad sits down to have a stern fatherly talk with Ben. Unrelated, I’m fairly sure Lauren’s dad starred as the dad on Even Stevens. I feel pretty certain and I’m going to launch a full investigation into the validity of this theory. 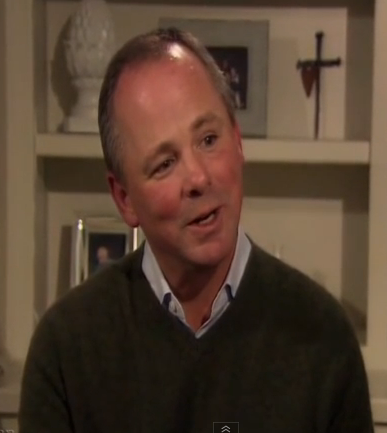 Lauren’s dad questions Ben about how he is doing on the show, and Ben is open about the fact that he is struggling. As Lauren walks Ben to the car she has the opportunity to tell him that she loves him. However, despite this golden opportunity, she chickens out and Ben gets into his Uber and rides off into the distance. I’m only joking. I think it was an UberBLACK.

There’s not a lot of time to get too hung up on Lauren’s date though, because one golden retriever commercial and a Bachelorette casting call later we are in Ohio, Caila’s home town. I have to say, I’m a little surprised when Ben admits to cameras that his relationship with Caila is the deepest of his four relationships. I was pretty sure she was going to be sent home ASAP.

For some reason on her hometown date, Caila takes Ben to her elementary school where they draw pictures. As a second surprise for their date, Caila brings Ben to the toy factory in town where they build their dream house. They make toys and as Ben carries her out in his arms, officer-and-a-gentleman-style, the toy factory employees all applaud.

But enough with the toys, Ben still has to meet Caila’s family.

Ben shows up to dinner at Caila’s house and her dad immediately begins to grill him about what it’s like to have his ten seconds of fame. It seemed a little bit like an attack to me, but Caila came to his defense quickly. In a one-on-one father/daughter chat, her dad asks her how she blocks out the other women and Caila begins to cry. Again with the tears, ABC?

After she stops crying, Caila says that she knows that this is it, that Ben is the guy for her. Oh jeez, when she gets sent home in two weeks she is going to be heartbroken. I’m getting a little heartbroken just thinking about it. Just like Lauren B., Caila decides to admit to him that she loves him in the three minutes they have alone when she walks him to the car. And just like Lauren B., she chickens out.

Come on girls! Grow a pair. Life is way too short not to tell people how you really feel. Sigh. Well it’s time to move on. Bye, Ohio, I’ll see you again soon. (Except, probably not.)

The last hometown visit is with JoJo in Dallas. When she arrives at her home after roaming the streets of Dallas (no joke, she was just roaming around), JoJo sees that Ben has left roses and a card for her. Except, curveball: They’re actually not from Ben, they’re from her ex-boyfriend Chad. After a few moments of freaking out, JoJo calls Chad. He tries to explain to her that he now knows what love is, and that he wants to be with her. Weirdly enough, Chad is the ONLY one on this show telling people how he really feels.

In an expertly-timed moment, Ben arrives to see her crying. It’s clear from his dough-eyed expression that Ben has no idea what is he is walking into right now. JoJo tries to explain to Ben what is going on but he honestly still seems confused. She explains that she called Chad and told him that it was over, and that with Ben she is the happiest that she has ever been. Still processing, Ben gears up to meet the rest of her family.

JoJo brings Ben up to a mansion where her family greats him with loud cheers and tons of hugs. To verify that she is actually from Texas, JoJo throws a “y’all” into her conversation at the dinner table. But when Ben sits down to have a talk with her brothers, things do not go well.

Okay, so maybe he doesn’t outright laugh at them, but he isn’t saying the right things and they aren’t receiving it very well. This whole conversation spirals downward faster than Ashley Tisdale’s post-HSM3 career. (Weird example, I know, but I couldn’t think of anything else that self-imploded so thoroughly.)

On the other hand, JoJo’s talk with her mom does goes over well and, like every mother we’ve met this episode, she tells her daughter to open up to him and to let her guard down. Ben’s talk with JoJo’s father basically boils down to Ben saying that he can’t make any promises to anyone. To complete the trilogy of pointless conversations, JoJo and her brothers talk and the boys express concerns that Ben is going to dump her. Cue the tears. There is so much crying going on this episode that I’m beginning to think I should cry just out of solidarity.

(I thank the lord at least once a week for this James Van Der Beek televised moment.)

Lastly, the family decides to talk to Ben and express their concerns about his feelings toward JoJo. The conversation becomes super awkward super fast and Ben hasn’t looked this overwhelmed since he met Amanda’s kids an hour and a half ago. Throughout the whole discussion, JoJo’s mom stands in a corner and drinks directly out of the bottle. A woman after my own heart.

If I were Ben I wouldn’t walk, I would run out of Dallas. Let’s be real, if they’re from Texas those brothers probably have a gun. *Shows how little she knows about Texas.*

When she leads him out of the house, JoJo and Ben deconstruct their conversations but in the end Ben leaves more confused than ever.

I guess it’s as good a time as any for the rose ceremony. The girls arrive on- by-one to the house and stand waiting for Ben to show up. Ben enters in tears (because, when is he not crying?) and tells them how grateful he was to meet their families. Here’s what went down:

Welp, that was an emotional one. Amanda handles it like a pro as Ben walks her out, but she is a little mad at him for leading her on. He tries to compliment her but honestly she doesn’t deserve this, Ben. On another more pathetic note, I am WAY too emotionally invested in this show, guys. This may be a cry for help.

At least we only have two weeks left. I sort of can’t believe how far we’ve come. I guess I’ll leave you with my pics and I’ll see you next week.

My pics: Still JoJo and Lauren. I really feel strongly that these two will make it to the end, despite the fiasco in Dallas.